The servo motor runs best on 5V DC - since the Arduino Nano only supplies 3.3V out, we’ll need a separate way of powering the motor. I found a 120VAC to 5V DC phone charger in the junk pile and figured that it would be a useful exercise to convert this into a usable power source. I snipped off the USB end revealing a copper stranded wire sheath and a copper stranded core with its own insulation sleeve. After stripping the internal sleeve, A quick multimeter test confirmed that the outside sheath was the ground connection and the inside core was the +5V DC connection. I soldered a pair of color-coordinated jumper leads to the pair of copper strands and sealed the connections with heatshrink. 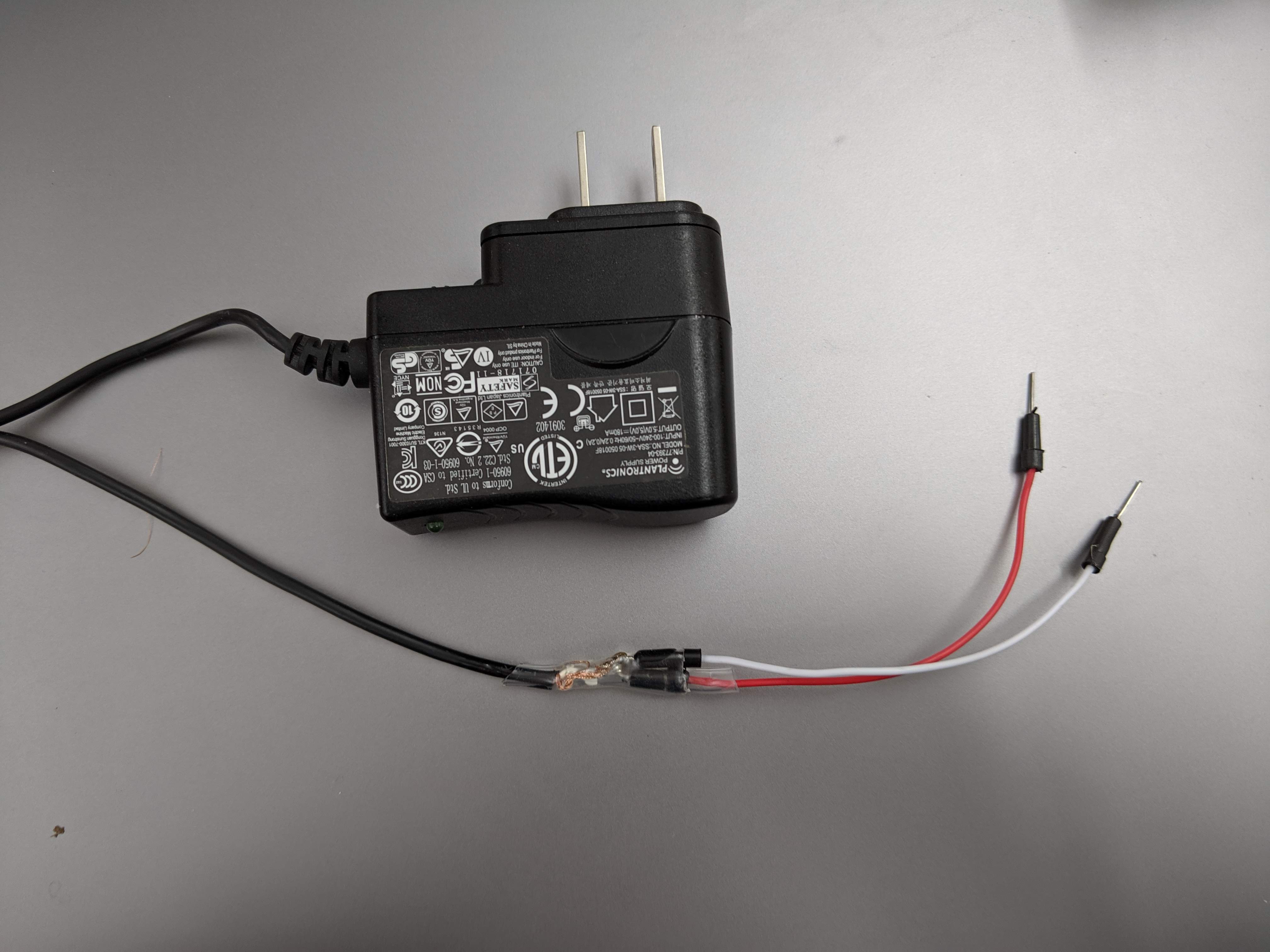 Controlling the servo with a photoresistor

After fixing this mistake we can control the position of the servo by adjusting the amount of light the photoresistor is exposed to! It’s not a very fine level of control, but it works nonetheless.

I thought it might be fun to introduce some self-reference into this system. The photoresistor responds to light, and the servo’s rotation has the potential to effect change in the physical space. Is it possible to create a sort of feedback loop, out of which some more interesting behavior might emerge? 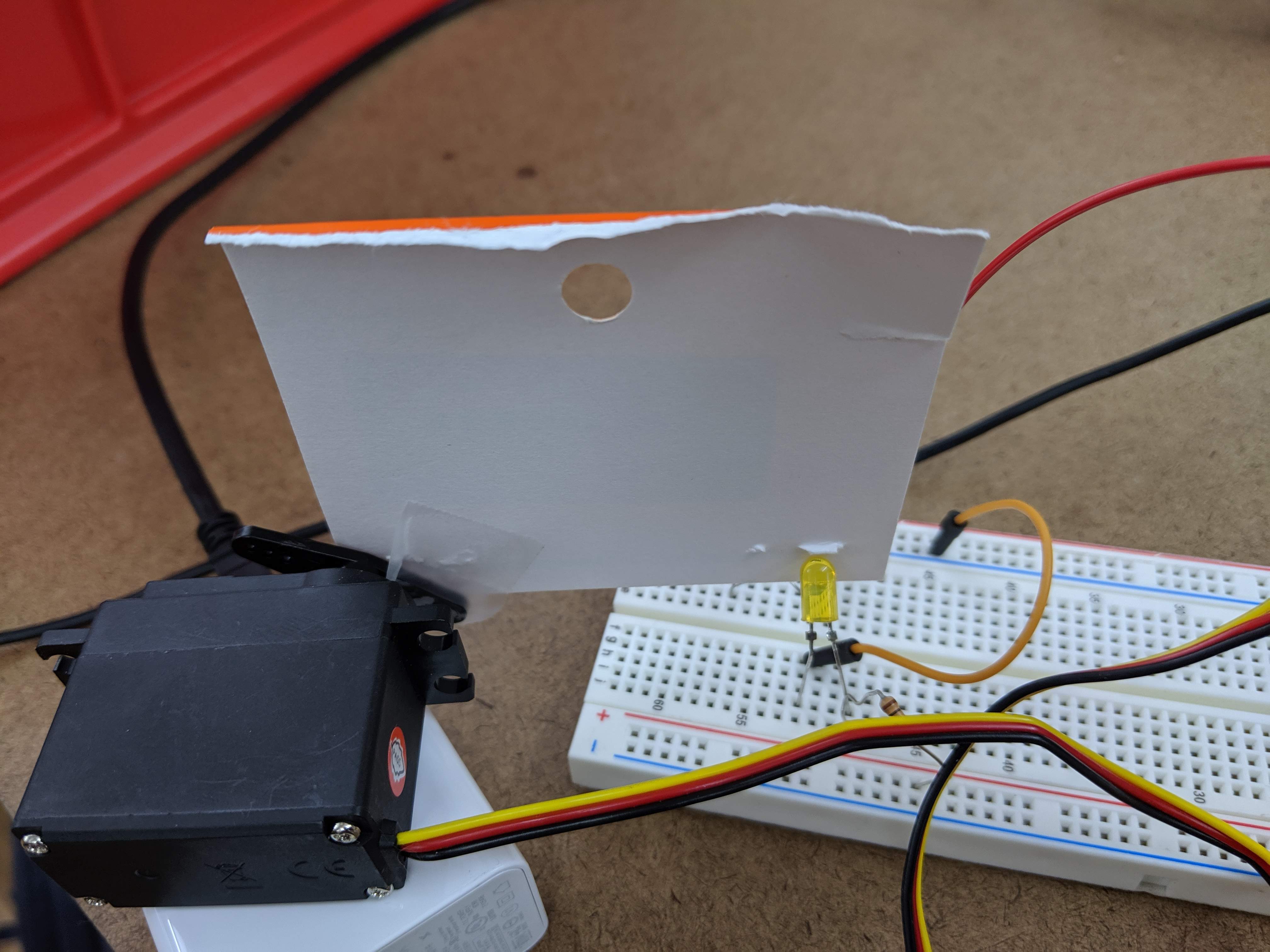 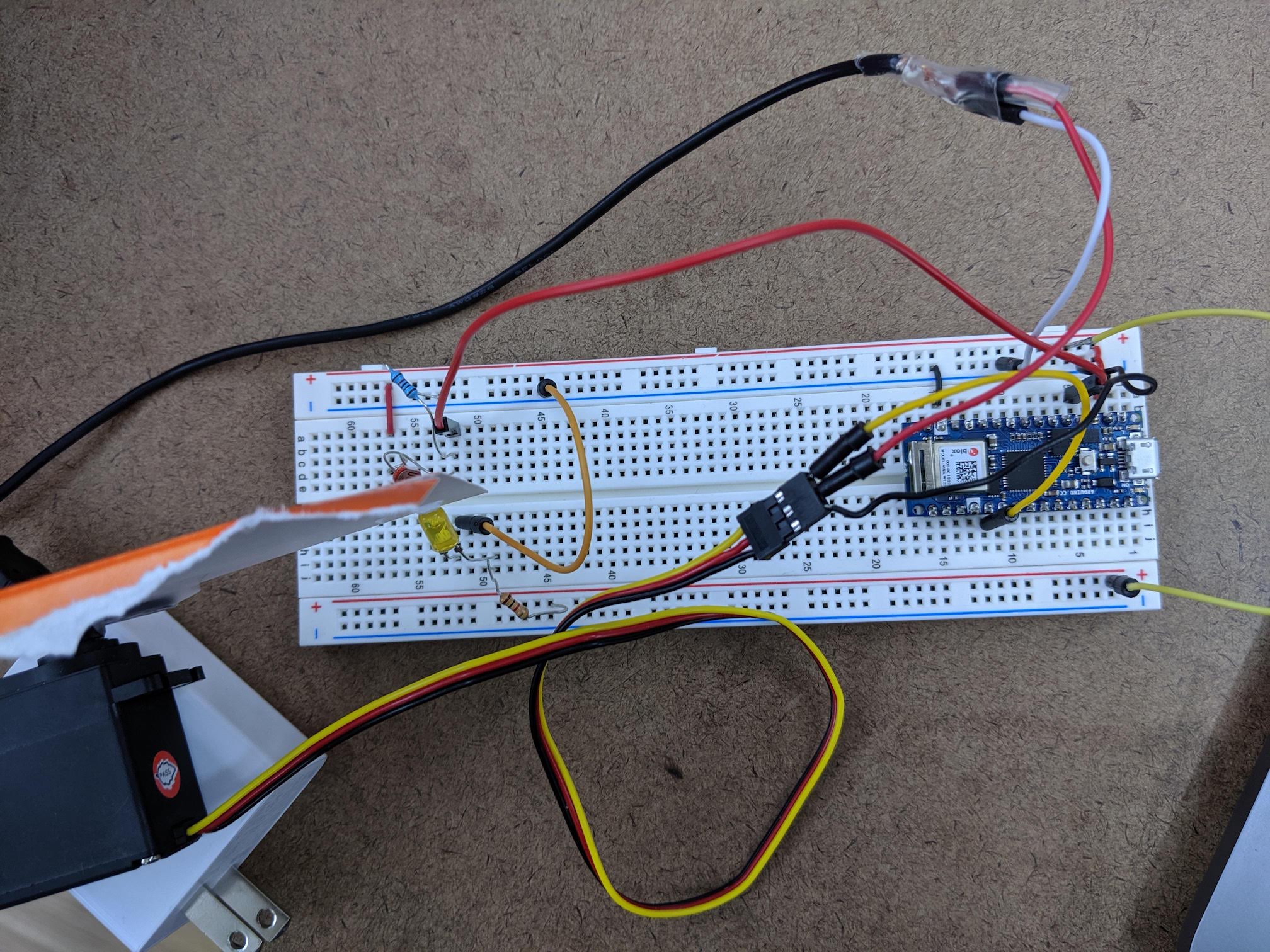 The fun part is that since the photoresistor responds to all environmental light and not just the light from the LED, movement and gestures of an observer have the potential to affect the pace of the servo’s motion, and in some cases can stop it entirely.