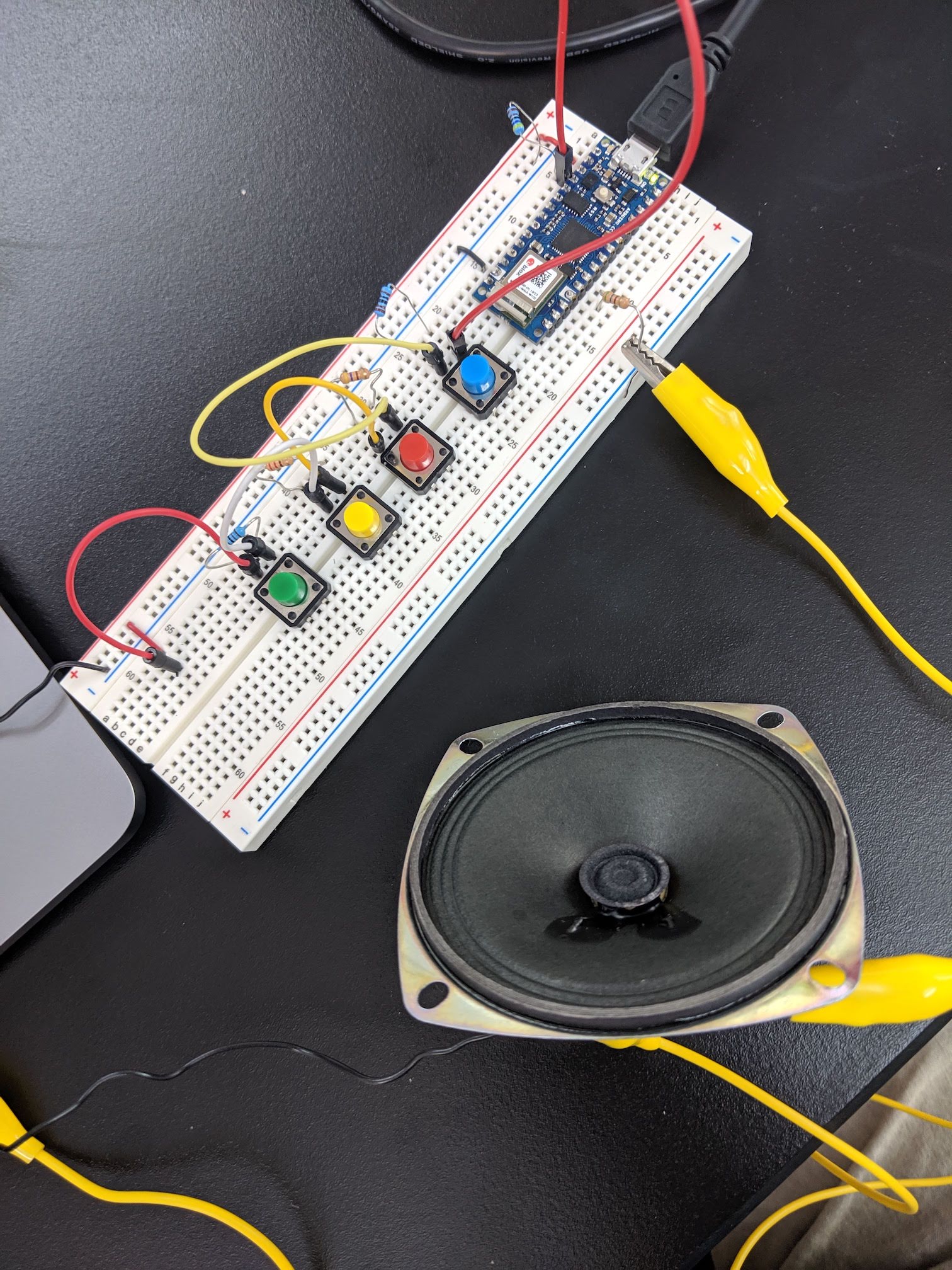 I started with wiring a push button and LED - the simplest form of Arduino I/O. The LED is connected to the D3 pin and the push button is wired to the D2 pin. I added a small resistor to the LED to ensure the 3.3V from the board doesn’t burn it out, and a larger 10K resistor from the D2 input pin to ground to ensure the pin has a stable connection to ground while still diverting power to the pin (instead of causing it to go straight to ground).

This setup doesn’t preserve state (the LED is only lit while the button is held).

Next, I connected a potentiometer to the A0 input pin to dim the LED as the resistance changes (controlled by the pot).

To challenge myself I set the goal of making a basic synthesizer. For bonus points, I wanted to control the notes by wiring several switches into a single analog input (instead of simply reading from multiple digital inputs). Although ultimately I only use four switches, this technique could potentially be useful in a situation where I want to process a ton of inputs without having to get multiple microprocessors. I came up with a circuit design where each of the four switches opens a path to skip an associated resistor. Each of the four resistors is approximately twice the resistance of the last - this way the sum of any group will be unique. This means that each arrangement of the four switches would translate to a specific resistance and specific analog in value, allowing for fifteen individual pitches. 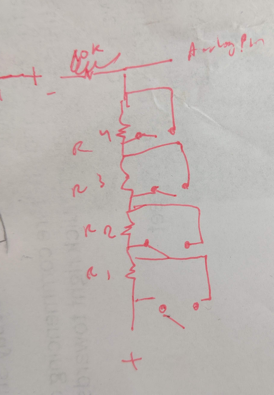 I had a lot of trouble getting the tone() command to work properly, until I realized that I needed to only call it when the frequency value changed (instead of repeatedly calling it with the same arguments every iteration of loop()). To accommodate this I added a simple state-tracking mechanism to only trigger if the last recorded frequency was different from before. I also added smoothing, averaging over the last 16 inputs in order to calm the signal which was quite noisy at the expense of barely noticeable latency.